I was very happy to be able to give the precepts to Sheila Seijo (Active Samadhi) Hoare, Roisin Seiryu (Becoming like Willow) Barry, Mark Sekishin (Sincere Heart) Thynne and Ted Joshin (Pure Heart) Allpress at the zendo of Tim Zenki Steel, on 14 January 2023.

Sheila is a long term Zen student with StoneWater Zen Sangha who has been working weekly with me online for almost two years now. The other three began practice more recently and have all been on national sesshin. Ted joins me regularly for zazen, and also attends Dorinda Genju Talbot’s classes in south London. Roisin and Mark are both regular supporters of Tim’s zendo in Hayes.

This was the first occasion on which I conducted a jukai ceremony and I am very appreciative of Keizan Roshi for his encouragement and advice and also for the support of Stephan Suigetsu Sundermeier, who went down to Hayes for the ceremony and acted as the shika for the new bodhisattvas. 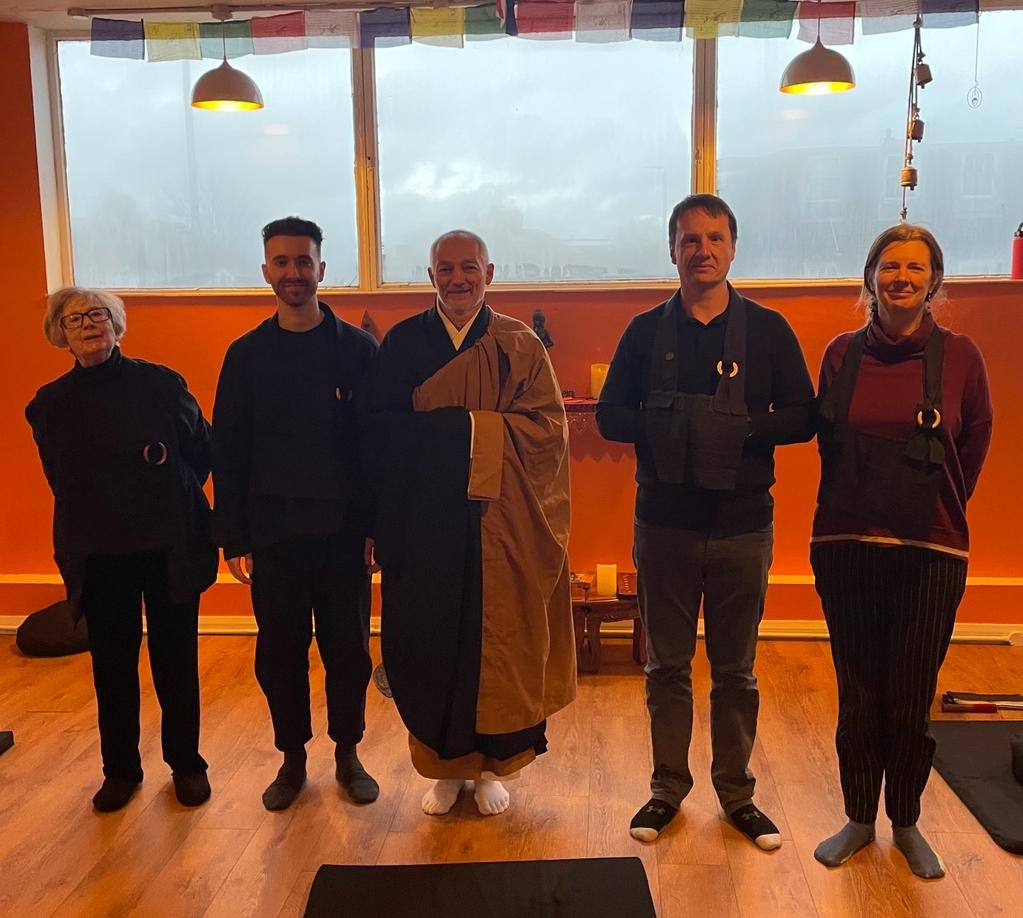 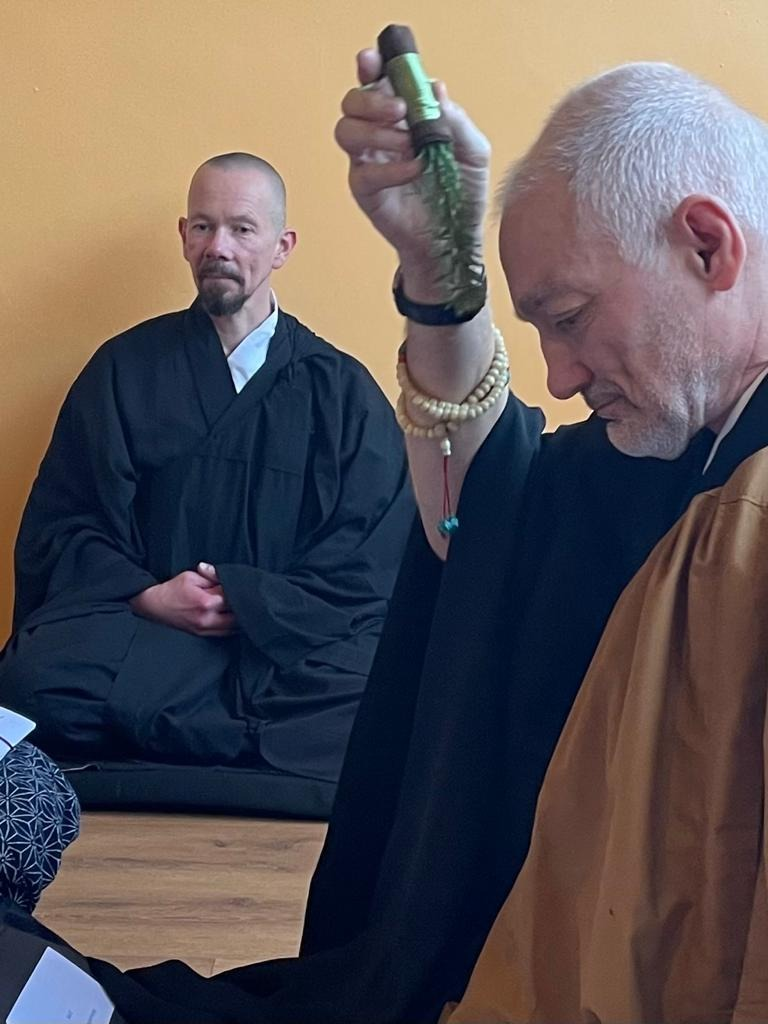