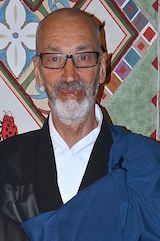 Rev Dr David Keizan Shoji Scott is the founder and leader of the StoneWater Zen Sangha. He is an ordained Buddhist priest and lineage holder in the Soto Zen school, having received Shiho (Dharma transmission) from Tenshin Fletcher Roshi in October 2009. Keizan is also a widely published writer on Japan, Zen Buddhism, comparative religion and cookery.

After gaining a doctorate at Manchester University, he left academic life to travel and write. He went to Okinawa in 1974 where he studied karate with Master Kanei Uechi at the dojo in Futenma. On his return to Liverpool, he started his own dojo and founded the Uechi-Ryu Karate Association (Great Britain).

Roshi has been a Zen practitioner with White Plum Asanga since 1982, intially under the guidance of Genpo Merzel Roshi of the Kanzeon Sangha.
In 2002 he was given the rank of Hoshi (“Dharma holder”) by Genpo Roshi.
In 2006, he was ordained as a monk by Genpo Roshi at the Kanzeon Zen Centre in Salt Lake City, Utah, and he was authorised by Genpo as a Big Mind facilitator.

In November 2008, Keizan formally became a student of Tenshin Roshi who he had by then known for fifteen years, and was ordained as a priest by Roshi at a Denkai ceremony at Yokoji Zen Mountain Center, California. This qualified him to give Jukai (precepts) and Shukke Tokudo (ordination).

In October 2009, Tenshin Roshi recognised Keizan as a lineage holder in a Dharma transmission ceremony in Liverpool. He was given the name “Keizan Shoji”.

In 2014 Keizan was nominated and elected as a full board member of White Plum Asanga and is acting representative for Europe including the UK.

In April 2019 Keizan was given Inka by Tenshin Roshi.  He is now addressed as Keizan Roshi.

A Hoshi is authorised by Roshi to hold interviews, give talks, and lead workshops and sesshin.  Hoshi training can lead to Shiho or Dharma Transmission. 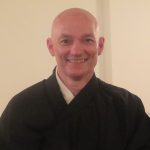 Tony Shinro Doubleday began the practice of Buddhist meditation in 1979. He first encountered Zen in 1982, since when he has participated regularly in sesshin (retreats) with Taizen Maezumi Roshi, Genpo Merzel Roshi, Charles Tenshin Fletcher Roshi and David Keizan Scott Sensei and other senior teachers in Maezumi Roshi’s lineage. He received Jukai (Bodhisattva precepts) from Genpo Roshi in 1987.  In 1992 he co-wrote The Elements of Zen with David Keizan Scott, from whom he received Shukke Tokudo (monk ordination) in 2010 and  Hoshi (‘Dharma Holder’ certification)  in 2016. Tony has facilitated Zen practice groups and taught in introductory workshops since 1987 and has led  the StoneWater Zen north London group since 2010. He also has three decades of experience in Budo (the Japanese martial arts), in which he trains today at the Tetsushinkan Budojo in north London. His paper Somatic Commonalities in the Study of Budo and Zen appeared in the Journal of Dance and Somatic Practice in 2015. 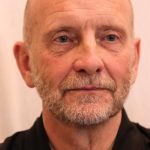 John Suigen Kenworthy has trained with Keizan Sensei since 2003. He received Jukai in 2005, Shukke Tokudo in 2009 and took Shuso in 2013. John worked for over 30 years as a clinical psychologist in the health service and has more recently worked in a counselling role, supporting foster carers and looked after children.’  He received Hoshi (‘Dharma Holder’ certification) from Keizan Sensei in April 2018. 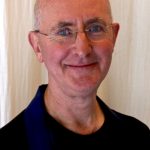 Andrew Tanzan Scott began Zen studies with Keizan Sensei in 2001 and received Jukai in 2004 and Tokkudo in 2011.  He works as a shiatsu practitioner, physiotherapist and acupuncturist.  He manages the StoneWater Zen Centre in Liverpool and looks after the SWZ website.  He received Hoshi (‘Dharma Holder’ certification) from Keizan Sensei in April 2018.

The assistant teacher is a recognition by Roshi that the recipient is a long serving and experienced member of the sangha.  This person is qualified to assist Roshi in formal ceremonies, and to lead beginners classes and zazenkai.  Roshi may also ask them on an occasional basis give talks and conduct interviews but not including koan practice.  The Assistant Teacher role has now been superseded by Risshin.

Risshin is a new designation given by Roshi and recognises a person with a long term and substantial commitment to the practice who functions as a pillar that supports the sangha, or simply a Guardian of the Sangha. 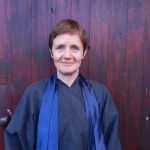 Originally from Dundee, Scotland. Karen has been a Zen practitioner in the Maezumi Roshi lineage of Soto Zen since 1996. She was made assistant teacher by Keizan Roshi in 2016 and took Shuso in 2019. She leads the StoneWater sitting group in Aberystwyth, Mid Wales. Karen has a Masters in Fine Art painting. She also writes and publishes poetry, haiku and haibun. 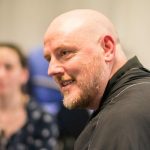 Alasdair has been a Zen practitioner since 1991, and started studying under Keizan Sensei in Liverpool in 2004 taking tokudo in 2011. He is a Senior Lecturer in Psychology at the University of Northampton with specific interests in social psychology, mindfulness and meditation, and the psychology of spirituality. He convenes the local StoneWater sitting group in Northampton and was made an assistant teacher in April 2018. 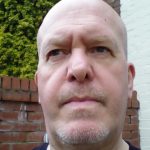 Keith Shingo Parr has been practising Zen in Liverpool since 1998 dipping in and out of the practice for a while then eventually committing to the practice and the Sangha in 2008.  He received Jukai in 2010 and Shukke Tokudo in 2014. He leads beginner’s sessions and Zazenkai at the Liverpool centre and is a school teacher, teaching English Language and Literature. His core value in terms of Zen practice is that of showing up, for the Sangha and our own lives. 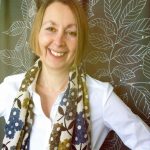 Originally from Melbourne, Australia, Dorinda was inspired to begin Zen practice after meeting students of Genpo Merzel Roshi in London in 1987 and attending her first retreat that same year. She received Jukai (Bodhisattva precepts) from Genpo Roshi in 1989 and Shukke Tokudo (monk ordination) from Genpo in 1992. Dorinda works as a Core Process Psychotherapist in south London and sits with the StoneWater Zen group in Hackney, East London. 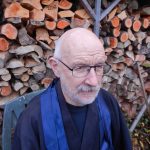 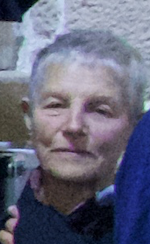