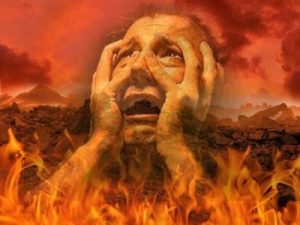 “I’m going to flashback to the moment when I became a Buddhist. We all have our own stories of how we met and embraced the Dharma. I was sitting peacefully at home thinking of nothing at all. I knew that all religions require a belief in god. But then, out of nowhere I realised that I had no idea of whether or not there was a creator god in Buddhism. O.K, you may be shocked at my ignorance; yes, I was really ignorant.
In those far-off days, there was no Internet (yes, I am quite old) so I had to search for local resources; the obvious place to look was the Yellow Pages. Sure enough, there was an ad for the Friends of the Western Buddhist Order in Liverpool.
So I enrolled on a ten-week course called ‘An Introduction to Buddhism’ taught by an ordained member of the F.W.B.O called Mangala. I had no intention of becoming a Buddhist; I was simply curious. I asked him ‘Is there a creator god in your world?’ His answer was quite forthright: ‘No.’
Then one evening he explained the ethical system of Buddhism based on the Five Precepts. So what exactly is a ‘precept’? I must look in the dictionary. ‘A rule or principal of a moral kind used as a guide to behaviour’.
I was expecting Mangala to say ‘Thou shalt not do this, this or that’. Instead he said ‘I undertake not to harm any sentient being, not to say that which is not true, not to take that which is not mine, to abstain from sexual misconduct, to abstain from using substances which cloud the mind. There was no mention of punishment, damnation, displeasing god or going to hell. That was the dazzling moment of truth, of glimpsing a different world view, of awakening to the value of this precious human life.
After the apparent negatives of the Precepts, the positive side of the coin was expressed in the Brahma-Viharas: loving kindness, compassion, sympathetic joy and equanimity.
Then I learned  that in Buddhism there is no room for guilt. Virtually all religions enforce their commandments by condemning ‘offenders’ to a lifetime of self-blame, punishment and existential fear. In contrast, the Dharma states that all the ills of existence arise from greed, hatred and delusion. This rang many bells and my life was a testimony to the truth of this realisation.
It’s hard for me to describe the profound result of this on my life. Eventually I felt able to call myself a Buddhist.The sense of relief, the certainty that I had to change my dissolute ways, the new dimension to the meaning of existence.
I had to stop my outrageous swearing because it’s ugly and harmful to other people; I had to control my drinking habits to protect my mind; I had to learn how to transform my selfishness into love; I had to explore the new teachings of the Bŭddha and the Bodhisatvas. I had become a new person. How can I express my thankfulness for the Dharma and the fellowship of the Sangha. And Mangala is still my true friend. Sadhu! Sadhu! Sadhu!
Now I follow the Zen path but all the different traditions of Buddhism merge ultimately into one. My teacher Sensei David Scott is an inspiration and a friend. His perseverance has established StoneWater Zen in Liverpool and other centres. We now have a thriving Sangha with excellent diversity and spiritual freedom. Gassho!”
Maurice Shokatsu George
‘Buddhist Ethics : A very short introduction’ by Damien Keown is a very readable and comprehensive book.