In 2016 the names of 4 female ancestors were added to the dedication chanted in StoneWater services alongside 5 male ancestors, including the Buddha himself. Previously the dedication paid tribute to women ‘lost and forgotten’. With a resurgence of interest in female ancestors and the publication of several notable books on this subject (see references below), this wording no longer felt appropriate.

Although some Zen communities have adopted a female lineage alongside the standard lineage and chant all the names of both lineages regularly, at StoneWater, as a lay sangha we have a shorter service and instead only include some of the more notable ancestors, leaving other names unspoken but hopefully not forgotten. The recorded history of female ancestors is still patchy and doesn’t fit neatly into lineage documents such as the chart people receive on taking jukai (it is widely acknowledged that the male lineage was probably not as neat as the documents indicate either but has been ‘tidied up‘ over the intervening centuries).

There are many female ancestors (as there doubtless are male) of whom little if anything is known. What have survived through the years are the names and outlines of many women who dedicated their lives to practice. From these many names we chose four (Mahaprajnapati, Soji, Ekan and Ekyu) to include in the dedication as a representation of the many more. There were others who could have been chosen instead and anyone who browses through the references may well find another that strikes a stronger chord with them. If so please let us know. We’d love to hear.

Mahaprajnapati
Mahaprajnapati was born in Devadaha the younger sister of Maya and was to become the aunt and stepmother of the historical Buddha and the first female monk. Both Maya and Mahaprajnapti married King Suddhodana, leader of the Sakya. When Maya died days after giving birth to the young Siddhartha, Mahaprajnapati stepped in to nurse and raise him alongside his cousins. 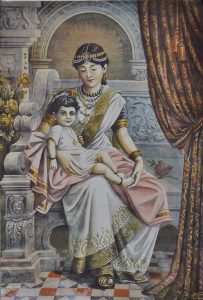 After Suddhodana’s death she apparently decided to ask the Buddha to be ordained. She was told no. Not taking that no as a final answer, together with 500 other Sakya women, she shaved her head, donned rags and set off on foot to join the male sangha, seeking to be allowed to ordain. These 500 women became the first order of nuns after Ananda interceded to help persuade the Buddha to allow their ordination.

“Respectfully he questioned the Buddha, “Lord, are women capable of realising the various stages of sainthood as nuns?”

“They are, Ananda,” said the Buddha.

“If that is so, Lord, then it would be good if women could be ordained as nuns,” said Ananda, encouraged by the Buddha’s reply.

“If, Ananda, Mahaprajapati Gautami would accept the Eight Conditions it would be regarded that she has been ordained already as a nun.” ”

Various conditions were placed on the women’s order, although it now appears that these rules, which placed the nuns in a subservient position to the male monks, may have been a later addition rather than being part of Buddha’s conditions as the stories suggest.

Mahaprajnapati is said to have lived to 120 years.

Soji
Soji (more often referred to as Zongchi) was the daughter of a 6th century Liang Dynasty emperor. She is also known as Tsung-ch-ih, or Myoren. She was ordained as a nun at the age of 19 and eventually became a disciple of Bodhidharma, studying with him at Shaolin Temple, alongside male disciples. It has been suggested that her aristocratic background may have opened doors that wouldn’t have been open to other women in that time and place.

The main record of Zongchi is in the following story where she features as one of Bodhidharma’s four main disciples and potential dharma heirs:

“One day Bodhidharma called together his disciples and said, “The time has come for me to return. Each of you, say something to demonstrate your understanding”

Bodhidharma said, “You have my skin.”

Then Zongchi said, “It’s like Ananda seeing the land of the Buddha Akshobhya. Seen once, it isn’t seen again.”

Bodhidharma said, “You have my flesh”

Daoyu said, “The four elements are originally empty; the five aggregates are non-existent. There’s not a single dharma to attain.”

Bodhidharma said, “You have my bones.”

Bodhidharma said, “You have my marrow.”

Huike was given transmission and became the Second Patriarch.”

That Huike was given transmission is often taken as meaning that Huike had the deepest understanding but Dogen emphasised that all the four disciples each had a full understanding, that blood, bone, flesh and marrow are not separate and that one is not more complete than the other.

The only other recorded ‘fact’ about Zongchi seems to be that she could recite the Lotus Sutra by memory.

Ekan (d. ca. 1314)
The women’s Japanese Soto Zen order was founded by several women who both studied under and influenced the Soto Zen masters Eihei Dogen and Keizan Jokin.

One of these women was Ekan, the daughter of Myochi (herself a student of Dogen). Ekan was a devotee of Kanzeon, the Bodhisattva of compassion. The story goes that Ekan prayed fervently to Kanzeon for a baby. After years of failing to conceive, she finally became pregnant at the age of 37 and gave birth to Keizan. She became abbess of a Soto convent, Jojuji, and was a strong influence on the development of Soto Zen through the upbringing of her son, Keizan Jokin. She was devoted to teaching Buddhism to women and founded another temple, Hooji. Keizan gave both his mother Ekan and his grandmother Myochi the credit for his career as a Soto Zen monk. He believed that their faith provided the influential power through which he was ordained, founded Yokoji temple, and helped to propagate Soto Zen across Japan. It was said that Keizan, so affected by the depth of his mother’s practice, vowed to help women’ practice in the three worlds and the ten directions.

Ekan is an example of the flexibility of many women ancestors’ path to Zen practice and the far-reaching influence of early nuns. Ekan was not limited by her familial role, but developed her own aspiration and became a role model for her son Keizan and for other women.

It may be interesting for sangha members to know that the symbol used by the Japanese Soto Zen nuns’ order, descended from Ekan, is the plum blossom.

Ekyu
Ekyu was the first woman to receive Soto dharma transmission in around 1325, from Keizan Jokin. He translated Dogen’s explanations of the Buddhist precepts for her from kanji, the Chinese characters, to hiragana, a phonetic syllabary, because Ekyu, like many women at the time, had not received much in the way of education. Her limited education did not prevent her understanding. After developing deep roots in Soto Zen practice, Ekyu was able to lead other women and become the first female Soto dharma heir.

More recent times
Although the women we pay tribute to in the dedication date from centuries ago, obviously not all our female ancestors do.

The books of Charlotte Joko Beck (1917-2011) (left) for example are a favourite of many of our sangha members and there are currently many transmitted female teachers within our lineage including Roshi Joan Halifax of Upaya Zen Centre, Sante Fe, Roshi Enkkyo Pat O’Hara of Village Sangha, New York, Roshi Wendy Egyoko Nakao of the Zen Center of Los Angeles, Roshi Jan Chozen Bays of the Zen Community of Oregon and Angel Kyodo Williams.

Some of the modern female dharma holders 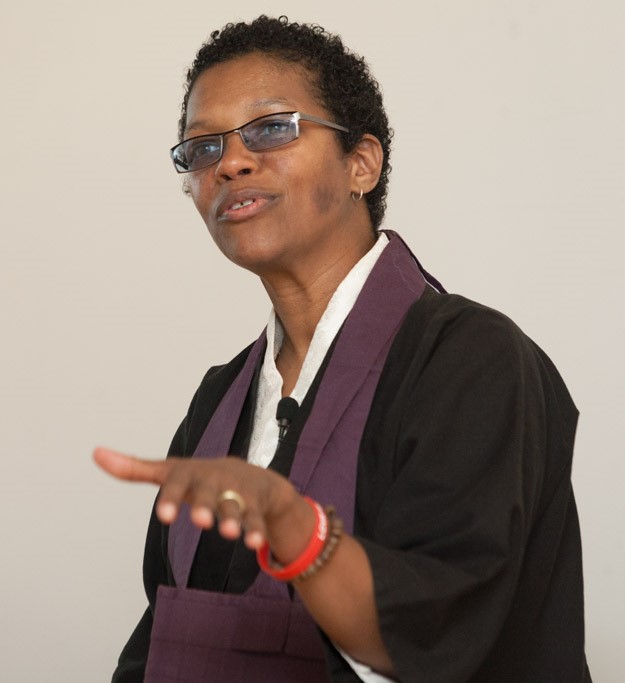 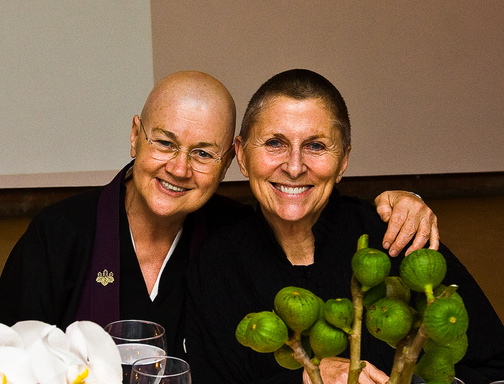 Tisdale, S (2006), Women of the Way – this includes semi-fictionalised stories of zen women including our four. There is no way of knowing how ‘true’ the stories are but they are interesting reads which makes the women feel easy to relate to.
Caplow, F., Moon, S., Schireson, G (2013) – The Hidden Lamp: Stories from Twenty-Five Centuries of Awakened Women, Wisdom Publications