A reflection by Maurice Shokatsu George 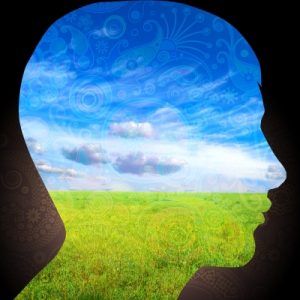 ‘A human mind is an unfathomable entity. Nobody knows what it is. Nobody. Consciousness? Awareness? A by-product of the brain? A non-entity? A facet of the imagination? It’s no use consulting the experts. The only expert to manage my mind is me. No-one else. Nothing else. No Buddhas. Only me.

It’s only since I met the Buddhist Path that I’ve given even a moment’s attention to my mind. If I had never made this accidental discovery, I would still be living a mindless life – empty and stupid. The teachings of the Buddha didn’t save me. Dare I say that I saved myself? So here am I writing an article about changing my mind! Help!

Maybe Google Images could come to my rescue. So take your pick from the images in this piece. 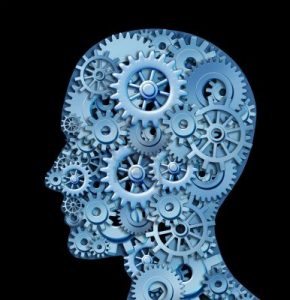 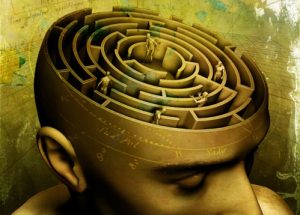 Now for the main course. How did my mind develop from zero consciousness? First I need to tell you a little about my family. My mum and dad both left school at the age of fourteen and worked on manual tasks in a factory. One day a travelling salesman selling the ‘Children’s Encyclopedia’ knocked on the door: one volume a month for twelve months. My mum signed up.

These books opened my eyes to the worlds of art, history, science, nature – a new world of knowledge. It was thanks to them that, against all odds, I won a free place at the local fee-paying grammar school. I was not a model pupil but I stayed until I was eighteen, passed my A-levels and then was conscripted into the army for two years National Service.

Now comes the second step. Tony, my best friend in the army, was a dedicated communist and seized every chance of disturbing the placid surface of Britain in the 1950s. So he applied for a place at an Oxford University college when he left the army. He was accepted. Then he persuaded me to try for a university place – something I had never even contemplated. To my amazement, I was accepted as a token working-class undergrad at Oxford. I graduated in 1954 and studied at London University for my post-graduate degree as a teacher. All this happened thanks to maximum grants from the state. My mind had expanded to a level far beyond the comprehension of my dear parents. But I was still lacking any spiritual dimension.

Step three : Tony decided to work in a British colony to further disrupt the system. I decided to do likewise and I was accepted as an Education Office in Northern Rhodesia in Central Africa. This was a culture far removed from my upbringings but I was entranced by the people and their traditions. My mind grew accordingly. Now, fast-forward, through a marriage to a beautiful German woman, to my return to the U.K. in 1971 to care for my ageing parents. I started work as a lecturer at a college in Liverpool. By now I was divorced and secretly embraced my gay nature.

Fourthly: cutting a long story short, I ‘came out’ on national TV. That was an electric shock to my mind. In 1973, I met John and fell vastly in love for the second time in my life. I was now a committed socialist, humanist, gay activist, atheist and environmentalist. The boundaries of my mind appeared to have reached their outer limits. I was wrong.

One evening, I was sitting at home and suddenly, just out of curiosity, I asked myself ‘Is there a creator god in Buddhism?’ (That’s how ignorant I was.) The answer of course is ‘No.’ So I looked in the Yellow Pages and found a Buddhist group. The teacher expounded the Five Precepts; I heard the first one and was instantly gripped: ’I undertake to abstain from harming sentient beings’.

‘I undertake’ > no dogma imposed by a higher being. ‘to abstain’ > a voluntary agreement ; no imperatives. ‘from harming’ > hurting, killing, abusing. ‘sentient beings’ > every living entity capable of feeling pain.

Step 5 towards realisation: I doubtfully tried meditation. It worked! I had discovered hidden areas in my mind. I jumped in at the deep end. I was a Buddhist! My perspectives changed. I had to readjust my mind. This was not an easy process. The first hurdle was a woman’s ‘right’ to abortion; I held this as a necessary left-wing view. Then it dawned on me from the First Precept: I had to turn 180 degrees. This view is now ingrained in my psyche. I had changed my mind.

I avidly explored the vast treasure of the Buddhist texts. My shelves are full of Sutras, texts on the Hinayana, the Mahayana, Meditation and Zen. After reading each text, I thought ‘This is the one. This is the way to Nirvana.’ Then I read the next text and realised I had another mountain to climb. Sadly, in the end, I found that this endless chase after the perfect guide was fruitless. I needed to find true emptiness. This led me to Zen but it meant abandoning my previous Sangha and finding a new one. This was a painfully lengthy process.

So many anecdotes. Now to the last step in my odyssey. I don’t need anything. I don’t need meditation, or teachings, or texts, or Sangha, or sesshins, or koans. This doesn’t mean that I’’m a ‘stand-alone’ Buddha. But I’ve truly changed my mind.  My journey is over. Or is it just beginning?

I have a shrine at home. In the centre is a beautiful small Japanese bronze statue of the Buddha. For a long time, I used to meditate every day and reached intense and overwhelming higher states of consciousness. Now the shrine is gathering dust. I have realised that this phase was also a dualistic pursuit of something. Just don’t ask me what that ‘something’ is.