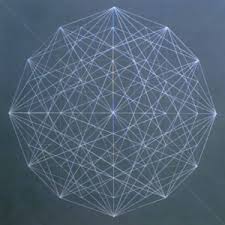 At this point I must ask myself how the Buddha tackled this mystery so I’ll do a Google. Wikipedia has a fascinating article called ‘Reality and Buddhism’; I’ll include only this brief quote:

‘Reality in Buddhism is called dharma (Sanskrit) or dhamma (Pali). This word, which is foundational to the conceptual frameworks of the Indian religions, refers in Buddhism to the system of natural laws which constitute the natural order of things. Dharma is therefore reality as-it-is (yatha-bhuta).’

What’s the point of all this speculation? Has it any relevance to my life? I’m certain about only a few things. I’m ‘alive’. I exist. I have the impression that I’m in a system called ‘reality’. It appears to be consistent and all-enveloping. I cannot change this ‘reality’; it’s embedded in the way things are. I should do something more useful: I should sit on my cushion.

My current reality includes a new friendship, feeling the cold of winter, writing an article about reality, checking the ingredients for tonight’s meal, an appointment with the dentist, watching two episodes of M.A.S.H., trying to fix a broken phone, contemplating the miserable state of the U.S.A. and yada yada yada.

One metaphor to help us to visualise reality is Indra’s Net. This image, shown above, depicts every item in the universe as a jewel which reflects every other jewel in existence. As Buddhists, we aim to see the interconnectedness of all things.

Suddenly it strikes me that a new type of reality is coming into existence: cyber-reality. The Internet is part of my existence, my reality. Every day I interact with my computer. I can buy, learn, meet, paint, write, travel through the world. Our relationships and our livelihoods may depend on the electronic world.

One writer, Wendellen Li, says that ‘The digital and physical worlds have become inextricable, different but not separate. The more we live in a virtual world, the more real it becomes.’ This convergence is developing so fast that it’s already hard to discern the boundaries between the two. 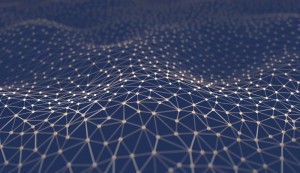 This is a visualisation of the Internet. The similarity to the image of Indra’s Net is obvious. So let’s consider the two depictions of reality – the physical and the digital. One is touchable and the other is untouchable. They both embed connectedness on vast scales. The implications for our future are enormous. The very nature of our minds is being reconstructed.

When I use the Internet, I connect with websites which could be anywhere in the world; I communicate with people who might be in Venezuela, Belarus or Parbold. I get replies which may actually be from robots or computers or aliens. This reality seems just as ‘real’ as the back of my hand. These two systems are converging rapidly and may result in entities which share the characteristics of humans and I.T. beings.

Just to complicate the picture even further, we have to accept the possibility of vast numbers of parallel realities which may be very different from this reality. This theory tells me that I might exist in other universes but I might be a very diverse entity. One definition says that these realities are ‘hypothetical self-contained realities co-existing with one’s own. A specific group of parallel universes is called a multiverse’.

I now have the feeling that I’m chasing my tail. My life continues (for the time being). After death, there may be no realities at all.